The Line of the NIght From Paul Ryan

Asked about the donation by Cr. Benioff said that the nation's fiscal difficulties must be addressed and Ryan's ideas offer "a lot of the right long-term thinking for the country."

I bet the President was not happy about that quote, especially since it came from his national campaign co-chair.
Posted by Richard T. Cahill Jr. at 4:59 PM 2 comments:

On a conference call with the Boston Globe, Obama deputy campaign manager Stephanie Cutter suggested that Mitt Romney was a criminal and a felon.

When asked about the comment, President Obama said, "Well, first of all, I am not sure that all of those characterizations that you laid out there were accurate. For example, nobody accused Mr. Romney of being a felon."

So, either the President is not being truthful or he has no idea what his campaign operatives are doing and/or saying.  Either way, it is a sad commentary.
Posted by Richard T. Cahill Jr. at 2:14 PM No comments: The mantra or talking point we are hearing from the left is that Paul Ryan is an extremist.  I take note of that because posters on this blog and some of my former political opponents have called me an extremist.

In response, I am reminded of a passage from Martin Luther King's "Letter from Birmingham Jail" that discusses extremism.  He wrote, "You speak of our activity in Birmingham as extreme. . . . But though I was initially disappointed at being categorized as an extremist, as I continued to think about the matter, I gradually gained a measure of satisfaction from the label.  Was not Jesus an extremist for love. . . . Was not Amos an extremist for justice. . . . Was not Paul an extremist for the Christian gospel. . . . Perhaps the South, the nation and the world are in dire need of creative extremists."

THE ROMNEY-RYAN PLAN FOR MEDICARE

The National Review has released an editorial supporting the plan for Medicare released by Romney and Ryan.  It describes the plan exceedingly accurately.  The piece, entitled "The Return of Mediscare" is below:

On CNN yesterday, Obama strategist David Axelrod claimed that “most of the experts who have looked at this” have said that Paul Ryan’s plan to reform Medicare would put the program “in a death spiral” and “would raise costs on seniors by thousands of dollars.” A day earlier — as Representative Ryan was preparing to accept Mitt Romney’s offer to join his ticket — Obama Campaign Manager Jim Messina had said the plan involved “shifting thousands of dollars in health-care costs to seniors.”

None of this is true. Any expert who looks at Ryan’s plan — any intelligent and fair-minded person, really — can tell you the actual worst-case scenario for how much more it could make beneficiaries pay: $0.
The claim Axelrod and Messina are making is based on a hostile interpretation of an earlier version of Ryan’s proposal. Ryan has changed the proposal over the last year, however, and Romney has endorsed the new version. The Democratic criticism, applied to the new plan, is indisputably false.

The Romney-Ryan proposal — which has the support of liberal Democratic senator Ron Wyden of Oregon — would let senior citizens choose a coverage plan provided either by the federal government or by a private company. The government would defray the cost of purchasing the plan selected. The providers would submit bids showing the premiums they would charge to cover the benefits Medicare has traditionally offered. The second-lowest bid would set the amount the government would provide for each beneficiary

We have reason to be confident that this arrangement would restrain the growth of costs. A study has just shown that applying the second-cheapest-bidder approach to even the much less robust form of competition in Medicare Advantage would have resulted in a 9 percent reduction in Medicare costs in one year alone. The savings from years of real competition could be enormous.

If, however, competition does not restrain costs, the growth of government spending per beneficiary will be capped at a level a bit above the growth rate of the economy plus inflation. That is the exact level that the Obama administration envisions as well. The administration, however, hopes to reach the target by setting low prices for medical providers and otherwise micromanaging medical markets. There have been many past efforts along these lines, and they have always failed.

Under a worst-case scenario, then, the Romney-Ryan plan costs senior citizens no more than current law. It offers the hope of doing considerably better: of reining in the costs of Medicare, the principal cause of long-term debt disaster, without sacrificing patient choice, the quality of health care, or medical innovation.
Republicans should explain that they have found a promising strategy to stave off national bankruptcy while improving senior citizens’ health care, and explain also the alternative of bureaucratic rationing Obama has in store for them. If Obama and his aides persist in claiming that the Romney-Ryan plan will increase costs for senior citizens or shift risks to them, Republicans and fair-minded observers should not hesitate to call these charges what they are: lies.
Posted by Richard T. Cahill Jr. at 10:23 AM 4 comments:

Time for a Real Debate

Governor Romney made a bold and exciting choice for his running mate.  He chose Paul Ryan, a solid conservative known for backing up his words with solid plans.

Already, the Obama campaign and their surrogates are doing what they do best.  They are spreading lies and allegations against Paul Ryan.  If you have not heard the Democrat talking point already, then allow me.  The Democrats are claiming that Romney and Ryan want to destroy Medicare and let granny die from a lack of care.  In some cases, they have even worded it exactly in that way.

Now, let's discuss the truth.  The only candidate for President who cut over $700 billion from Medicare was President Obama as part of his Obamacare plan.

Second, the Romney-Ryan plan changes NOTHING for current seniors.  The changes are for those down the road who are not even seniors yet.  It is an attempt to save Medicare.  Interestingly, the plan was originally conceived by a bipartisan commission created during the Clinton administration. Is it not interesting that not one word of that has come from the Obama surrogates?

The only question now is whether the Obama campaign will allow this to be a debate or whether they will continue to run their campaign in the mud.  They or their closely allied Super PAC have been running ads accusing Romney of being responsible for the death of a woman who died of cancer.   They have run ads attacking an African American Congressman showing a computer generated version of the Congressman punching an old white woman in the face.  Yet another ad had a Ryan lookalike pushing an elderly woman in a wheelchair off a cliff.  They have promised even tougher ads.  It is going to get nasty and ugly, primarily because the President cannot run on his record.

Below I have attached a video of the "Homecoming Speech" offered by the next VP, Paul Ryan, when he and Governor Romney traveled to Wisconsin on the day after Ryan was named as the running mate.  Enjoy.

Does this photo bring back some memories? 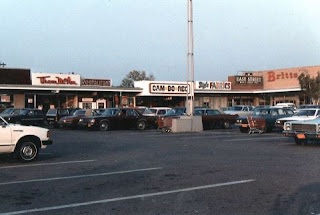 Once again, disgraced former Republican County Chairman, Robin Yess, has decided to level an attack against me.  Most of the attack was utter nonsense.  There are a few points to which I must respond.

The term "precedent" is defined by Black's Legal dictionary as: "An adjudged case or decision of a court of justice, considered as furnishing an example or authority for an identical or similar case afterwards arising or a similar question of law."

Funny -- there is nothing in that definition that states that decisions of the court that are not published in books cannot be used as precedent or authority.  The reason is that any decision on the merits of an issue may be cited as authority or precedent.

In this particular case, the decision is from the same court, i.e. NY Supreme Court in and for the County of Ulster.  It is therefore considered binding precedent on  "an identical or similar case afterwards arising or a similar question of law".  The only question would be whether the court would consider it similar.

Please refrain from giving legal opinions, Robin.  You are neither trained nor qualified to do so.

Second, I take no position on whether a candidate is viable or not.  The question was whether the petitions were proper as a matter of law.  I believe there was a strong argument that they were not based upon the case law of the State of New York.  I stand by that opinion.  Viability of a candidate is decided by the voters once a candidate legally obtains a spot on the ballot.

When you resigned, you told anyone that would listen that you thought Len Bernardo was somehow behind the effort to remove you.  Thus, out of petty thoughts of vengeance, you launched this continuous effort to attack and destroy any of the Republicans you perceived as being part of the effort to remove you.  You have even started supporting Mike Hein despite saying on more than one occasion that Hein needed to go as County Executive.

If you want to continue these petty attacks, go ahead.  As you pointed out, the First Amendment protects your right to speak.  Do not however insult people's intelligence and claim that you are doing so out of some noble calling.  It is blatantly untrue.  The fact that you have teamed up with the duo from Kerhonkson to spread your poison penmanship reveals a complete lack of nobility in anything you may do.

Finally, you ask, ". . . is there any reason you (referring to me) cannot make your point and express your opinion without name calling?"

I speak the truth.  If the truth is insulting to you, then the fault lies with you not the truth teller.  Moreover, take a look at your own website.  You have a picture of Terry Bernardo superimposed on a nut.  You accuse the Independence Party of "blackmail", a crime.  Your site is full of nasty and personal insults against various different people.

Just remember, I did not start commenting about you.  For reasons that are still unknown, you started taking shots at me because I agreed to let my name be used to give the party more time to find an opponent against Kevin.  I previously ignored all of your nonsense.  You take a shot at me though and I will respond with the harsh reality of truth.  Clearly, you just love to dish it out, but cannot take it when someone responds with the harsh and painful truth.
Posted by Richard T. Cahill Jr. at 1:44 PM 8 comments:

The Poughkeepsie Journal is reporting on two polls which show a strong lead for Congressman Chris Gibson.

In a poll by Public Opinion Strategies, Gibson leads his opponent 53 to 36.  A poll by Global Strategy Group shows the race 42 to 32 in favor of Gibson.

On the subject of resources, the Federal Election Commission reports show Gibson with a large cash advantage.  As of June 30th, Gibson has $1.19 million compared to $331,704 for his opponent.

There is a long way to go, but things are looking good for Congressman Gibson.
Posted by Richard T. Cahill Jr. at 1:29 PM No comments: